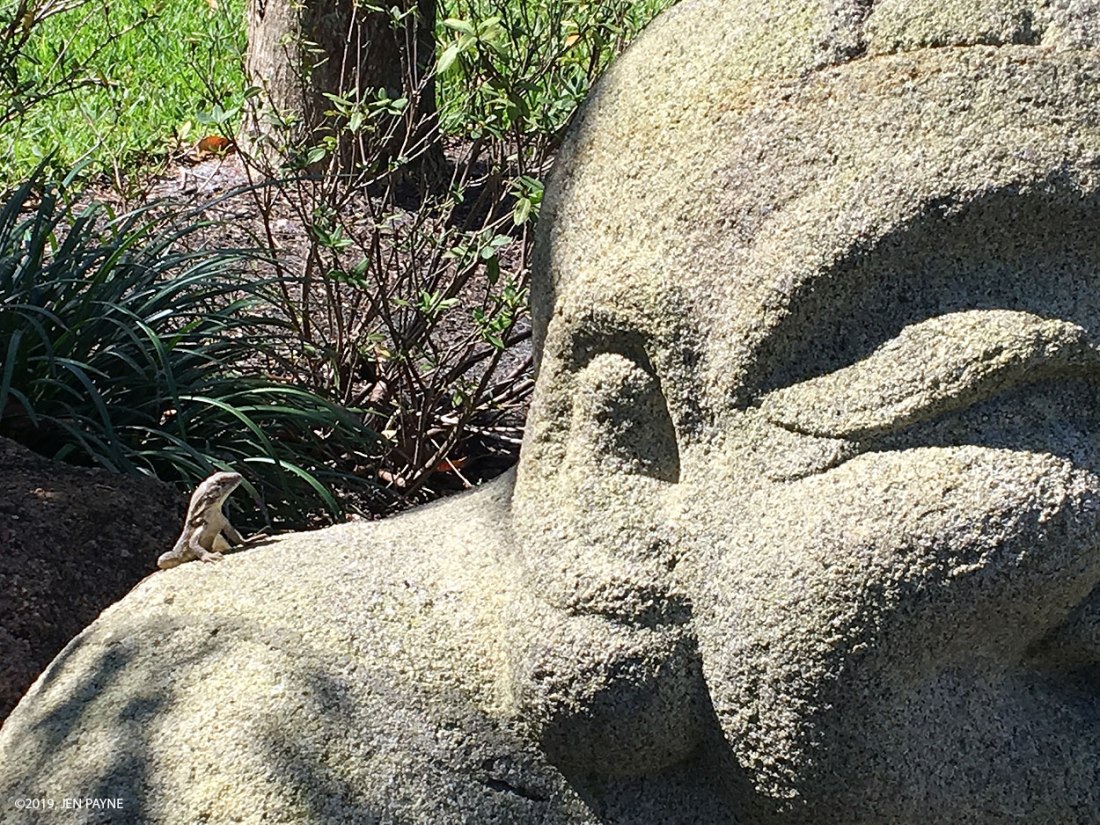 To Have Buddha’s Ear… 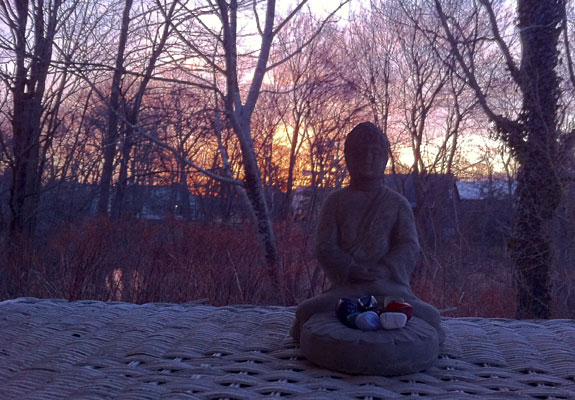 Things to consider at the start of a new year, with love and good wishes for a joyful and peaceful journey.

Attributed to Awakening The Buddha Within by Lama Surya Das. 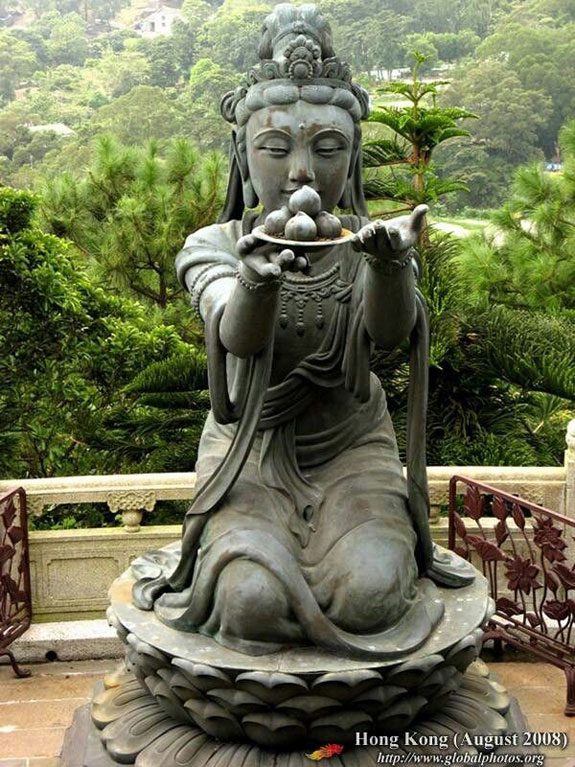 “Gratitude unlocks the fullness of life. It turns what we have into enough, and more. It turns denial into acceptance, chaos to order, confusion to clarity. It can turn a meal into a feast, a house into a home, a stranger into a friend. Gratitude makes sense of our past, brings peace for today, and creates a vision for tomorrow.”

Of all animals, the cat alone attains to the comtemplative life. (S)He regards  the wheel of existence from without, like the Buddha.

“Have you ever heard the wonderful silence just before the dawn? Or the quiet and calm just as a storm ends? Or perhaps you know the silence when you haven’t the answer to a question you’ve been asked, or the hush of a country road at night, or the expectant pause of a room full of people when someone is just about to speak, or, most beautiful of all, the moment after the door closes and you’re alone in the whole house? Each one is different, you know, and all very beautiful if you listen carefully.”

There’s a commercial on television for Facebook’s new mobile feature that shows a woman visiting a museum. Her cell phone beeps and the photo she receives replaces the framed Birth of Venus in front of her. It beeps again, and the statue she walks by turns into a replica of her friend. When it beeps a third time, she gets an instant message, which a museum guard repeats to her, “Us girls are going dancing tonight, U in?”

The message is the same as the commercial showing a family on a camping trip zipped up inside their tent staring at their iPad — why be present when you can be somewhere else?

My recent series of posts was titled “Great Cape Escape,” but did I really escape? It didn’t matter that the hotel’s wi-fi only worked if I was sitting with my laptop on the bathroom floor, my iPhone with its “everywhereness” allowed me instant access to everything and everyone — 200 miles from home, 5 miles down the beach or 3 miles out into the ocean.

It turns out, being present — being here, in this moment — takes even more effort now than it did when Buddha suggested we “concentrate the mind on the present moment.”

Our present moment now includes everyone else’s present moments that are broadcast on Facebook and emails and blogs and websites and Twitter tweets.

It takes mindfulness to disconnect from that everywhereness, that everythingness — you know as well as I do how seductive it is. But as we move forward, as our technology feeds our technology, we have to learn to set boundaries.

They like to tell say you have a right to everywhereness. But you also have a right to shut it off, to look up from the tiny little screens and see the big picture — right now, this moment. Go!

“The secret of health for both mind and body is not to mourn for the past, worry about the future, or anticipate troubles, but to live in the present moment wisely and earnestly.” — Buddha

I was going to pull together a blog post today about the message the Universe was sending my way. Something that connected a meditation on our innate talent, making connections on my mid-day walk in the woods, and witnessing the red shouldered hawk in my back yard. But then I tripped on these…a happy accident?

11:00 a.m. Email from a Friend…
Have you tried laughter? That always intrigued me, from the time Norman Cousins wrote about curing his own sickness that way. Every so often…I remember about that and watch a really funny movie, or read a funny book. Even remembering to smile more often helps. What I figure is — it may not help, but it can’t hurt!

3:00 p.m. Email to a Friend…
I am always amazed at how one, really-loud guffaw moves joy so quickly through my body. As for smiling – have you read the book (or seen the movie) Eat Pray Love? Liz’s guru in Bali tells her to about the smiling meditation: “You make serious face like this, you scare away good energy. To meditate, only you must smile. Smile with face, smile with mind, and good energy will come to you and clean away dirty energy….You can calling the good energy with a smile.”

4:00 p.m. Email from the Daily Om…
“When we laugh, we give ourselves over to the immediacy of the present moment and transcend stress.”

“We are shaped by our thoughts; we become what we think. When the mind is pure, joy follows like a shadow that never leaves.”